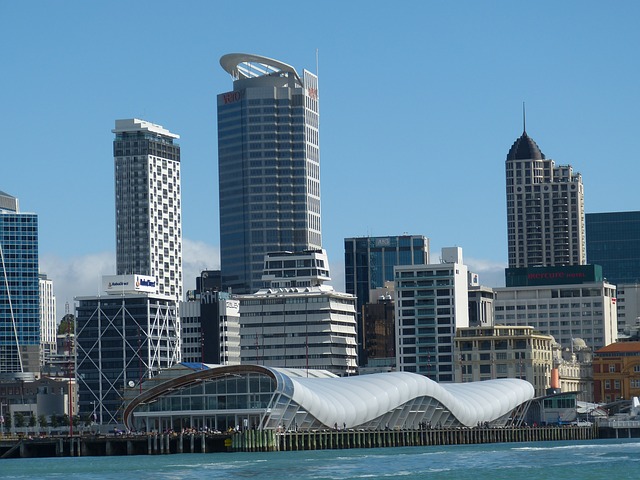 New Zealand is located in the southwestern Pacific Ocean, just south of Australia. The country is not part of Australia and has never been (many people make that error), but it has been its own country since the late 19th century. Before then, the country was actually considered to be part of the United Kingdom, and was under the laws and jurisdiction of the crown. New Zealand is actually a number of smaller islands, with two main islands (the North Island, also called Te Ika-a-Māui by the natives, and the South Island, also called Te Waipounamu) that comprise most of the land area of the country.

The reason that many people enjoy going to New Zealand is because of its biodiversity. There are a number of plants, animals, and fungi that reside throughout the country, mainly because of the fact that there were no humans on the island until 1250 AD. The Europeans did not even arrive until 1642, well after the Americas and other countries were discovered by them. This isolation allowed nature to thrive much longer than it did on other continents where there was more human influence.

There are literally hundreds of animals that you can find throughout New Zealand that you cannot find anywhere else in the world, especially in terms of birds and marine life (mammals, fish). The only mammals that are native to the country are bats; other animals that you find were brought into the country when people came in and immigrated into the area. The country actually has a number of laws and regulations in place in order to keep the animals in and around the country safe from poaching and other illegal activities. You can find more information about this from the Department of Conservation website.

The country of New Zealand has a varied topography as well. From the high mountains and volcanoes, to the beaches and forests, these islands offer a number of amazing and beautiful views that you can’t find anywhere else in the world. There are areas of fertile farmland in the northern areas of the country, and some of the southern areas even have glaciers. On the south island alone, you will find that there are beautiful beaches on the south side, but as you move further north the beaches become more rocky and jagged. There are very few places in the world that you can find so many different types of biospheres in such a small space.

The history of New Zealand is quite varied. As mentioned above, there were no humans on the islands until at least 1250 AD. It is thought to be one of the last major land areas that humans arrived to. The first population was from Polynesian settlers, which had arrived through a number of travels across the Pacific Ocean. They developed a culture that is called the Māori. The Māori, like most indigenous people, had tribes and subtribes that lived throughout the islands; they would work together on certain tasks, but there was also infighting between the tribes.

In 1642, a Dutch explorer named Abel Tasman arrived to New Zealand, bringing potatoes and muskets with him. As more Europeans brought these items, there started to be a lot of discomfort between the tribes of the Māori. The culmination was the Musket Wars, where over three thousand battles were fought throughout New Zealand between the tribes. Shortly after, in 1840, the Treaty of Waitangi was signed; this resulted in New Zealand coming under the British crown as a British colony.

After this, the Māori started to lose a lot of their land and their rights. Political reform, the New Zealand wars, and incredible amounts of immigrants resulted in much of the Māori land being lost to the new Europeans. Like the United States, most of this country has European roots, even though the Māori population holds strong with being the most common minority found there. In recent years, more advancement have been made in order to help the Māori people get their rights back, and they actually enjoy a number of different benefits from the government and the educational system. English, Māori, and New Zealand sign languages are the “official” languages of the country, but there are literally dozens of languages spoken throughout the country.

Even though the country went under the authority of the crown of the United Kingdom in 1853, the country has governed itself since 1853. The Queen of England is still the head of state, with a representative known as the Governor-General representing her in the country, but the government is parliamentary. The Governor-General, at this point, is only a formal role unless the government is having issues or is upheaval; then he or she has the right to step in and make decisions.

The country is separated into 16 regions. 11 of those regions are run by the top tier of local government, called the regional council. 5 of them are run by territorial authorities.

The 16 regions include the following:

The people in these two levels of government have a number of basic responsibilities, including the following.

Overall, New Zealand is a very interesting and exciting country. From its topography, to its history, to its government, things are always changing. The fact that it is such a young country that has had human populations for less than 1000 years helps to keep it the way that it is. Things are always changing, and there are always new things to see and learn. These reasons alone, along with the steady economy, make it a great choice if you are looking for somewhere to study other than your home country (we explore why you should study in New Zealand a bit more in our why study in New Zealand section).