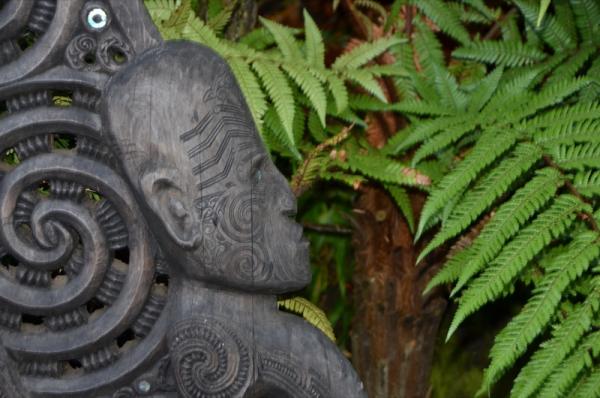 When you go to somewhere new, you want to make sure that you learn everything that you can about the culture before you get there, right? It’s the same way if you study abroad. The culture and the customers of New Zealand are incredibly unique, and you should take the time to learn more about them before you go to the country to study. Here are some of the most important things that you should notice when you arrive in New Zealand.

The society is incredibly multi-cultural

You would never think that a country nestled in the corner of the world would be so multi-cultural, but you really don’t realize how different it is until you arrive. There are literally people from all over the world that live in New Zealand. Most of the island is inhabited by immigrants from European countries, but the “miniorities” on the island make up a majority of the population. The native Māori play a large role in society, and you will see many of their customs intertwined into modern customs. There are many Asians and Africans who have also immigrated to the country over the years, making it a literal melting pot of cultures. But, it’s not like other countries where there seems to be tension among the different cultures that you see. They believe in a principle that they call “a fair go.” If something goes wrong, then New Zealand people are more likely to give people a second chance so that they can prove themselves or show that things can be done differently.

This is something that the New Zealanders are especially proud of. They are very, very resourceful and able to manipulate any situation so that it can be beneficial for them. They can make sure that they are able to do anything with any items that they have. New Zealanders actually do much better for themselves than you would think that people from such a small, out of the way country would. New Zealanders tell a story about how the Kiwi bird is able to take fencing wire and do whatever they need with it. Since New Zealanders often refer to themselves as “Kiwis,” they take this story of resourcefulness and apply it to who they are. The number of New Zealanders who have made a difference in the world is quite long, and will likely continue to grow through the years.

Hospitality is both encouraged and embraced

We’ve mentioned in other areas of the site just how hospitable New Zealanders are. They love to bring people into their homes. They love visitors and will be friendly and open to anyone. Of course, they expect the same kind of behavior from those who are temporarily residing in the country as well. You need to be polite, gracious, and friendly to everyone that you meet, not only because it’s polite, but because that’s the New Zealand way. If you call New Zealand your home for any amount of time, then expect to learn the ways of being kind and hospitable to everyone that crosses your path.

Kiwis are proud of their country

Kiwis love to show off their country. And not in some self-righteous, rude way, either. They are actually really happy about the way that their country is, and they want to show it off to other people so that they can enjoy it too. If you say that you love New Zealand, then you will have made a friend for life. They will also make sure to show you everything and anything about their country that they want to show you, especially “little things” which visitors to the country may know absolutely nothing about.

There is no reason to be so uptight

As we’ve mentioned in other areas of the site, New Zealanders are incredibly laid back, informal, relaxed people. Part of this is because the government used to be so formal and legalistic; there was a hierarchy of people and some Kiwis were kind of irritated by that way of life. So it’s actually very looked down upon if you are rude to a server or even a fast-food worker. You are to be polite to everyone, because everyone is equal. No matter what your race, gender, socioeconomic status, or sexuality, you are just the same as every other Kiwi out there. Their people are incredibly kind to everyone that comes by, unless they are treated rudely.

Everything is for celebrating

Kiwis love to celebrate and party. If there is a culture that is found within New Zealand, then there is probably some sort of ceremony or festival that tips a hat toward them. Many of the celebrations of holidays include a tip of the hat to the native Māori, whose food, culture, and other parts of their early society are still influential in a number of ways. There is plenty of time off throughout the year, which allows for people to enjoy time with friends and family for possibly no reason at all except to enjoy each other. Friends and family are at the core of New Zealand culture, and if you have stepped foot on their lands as a student, you are considered a friend.

So, as you can see, the culture is full of very interesting and unique people that you can’t find anywhere else in the world. Because of their friendliness, which is so different than what you will see in countries like the United Kingdom and the United States, you will feel like you’ve arrived at home, even though you may be thousands of miles away. As long as you try to fit in, which is mostly by being kind and just embracing the Kiwi way, you will do just fine.

If you have any questions about New Zealand culture and customs, talk to the international affairs office at your university. They will be able to help you learn some of the cultural things that we didn’t discuss here, and give you more information on the things that occur throughout the year.