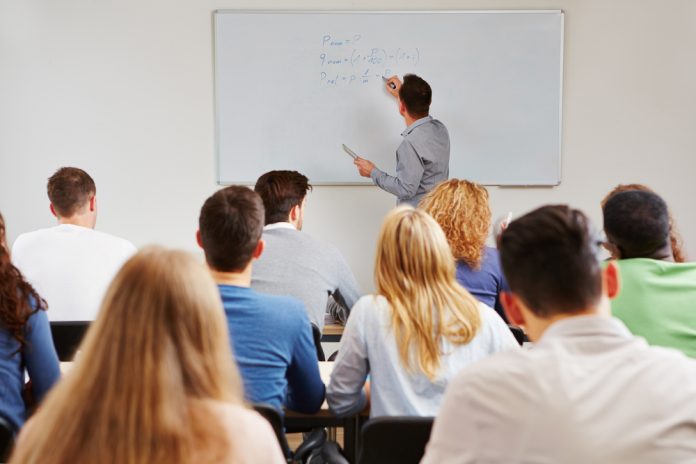 There are eight main tertiary schools that are in New Zealand and governed by the New Zealand Qualifications Framework. These tertiary schools vary depending on what programs that they offer, how much they cost, and where in the country they are located. But, one thing that does not vary is how good of an education you will get by attending any of the universities that are located in New Zealand. As mentioned in other areas of the site, they are among some of the best in the world and you will be able to learn everything you need to succeed, no matter what area of schooling you decide to pursue.

The New Zealand Qualifications Framework, referred to as the NZQF, was developed in July of 2010 in order to ensure that all educational endeavors in tertiary education are under the same framework. It basically works to make sure that schools are meeting these standards and are beneficial in a number of ways, including the following:

As you can see, the NZQF actually plays a very large role in ensuring that the money that you pay is going toward a high quality education. The organization as developed to make sure that, no matter where you attend university in New Zealand that you are getting the best quality education that you can get in the world.

The rest of this section will focus on the eight major universities that are located throughout New Zealand. This will not include information on technical schools and/or other tertiary education institutions that are not considered to be universities.

The Auckland University of Technology, also referred to as AUT, is a university that was developed back in 1895, but was renamed and redeveloped into its current incarnation at the beginning of 2000. The name change was due to the Auckland Institute of Technolgoy being granted status as a university, instead of just being a technological institute. Its main campus is in Auckland’s Central Business District, but it also has a number of different campuses throughout New Zealand.

Currently, there are over 27,000 students enrolled at the Auckland University of Technology every single year, with about 2,500 of those students as international students. The international student population is varied, with students from over 85 different countries around the world, giving it a very diverse student population. Obviously, most of the students are native Kiwis, but you’ve also got Asian, Maori, and other Pacific Islanders that attend the university every single year. You will also see that there is a high population of non-traditional aged students (over the age of 25). They offer a number of different educational programs, from traditional liberal arts degrees to more advanced post graduate degrees. There are currently about 2,000 graduate students.

Lincoln University was started in 1990, when the University of Canterbury split into two different universities based on the campus. It was formerly known as Lincoln College, Canterbury, and is located about 15 km from the center city of Christchurch, in Lincoln, Canterbury. It has a very large campus, with over 50 acres of land, which points back to its origins as an agricultural school (when it was first built in the late 19th century).

There are currently 4500 students that attend Lincoln University, and their degrees are still based in agriculture and other related fields, like environmental preservation, forestry, horticulture, landscaping, and recreation. Since their designation as a university, they also have degrees in more technological fields, like computing sciences and engineering. The campus has a very lively student life, which includes a number of different organizations that support a number of interests and lifestyles, including religious organizations, cycling groups, sporting clubs, sexuality organizations, and agricultural education organizations.

Massey University is one of the largest universities in the country of New Zealand, with over 35,000 students that are attending the school. They have one of the largest distance learning programs in the country, with over half of the population of the university taking classes via the internet and other distance learning techniques. There are currently over 3000 international students that study at Massey as well, representing more than 100 countries from around the world.

There are several different campuses that Massey University currently oversees. Two are in Palmerston North, one is in Wellington, and the other in Auckland. It is known for its quality business program, but it is also the only university in the country that offers aviation dispute resolution, nanoscience, and veterinary science degrees. Other universities may soon follow suit, but Massey is the first to pursue adding those programs to its roster.

Massey started as part of the University of New Zealand (which then split into many of the universities listed here), as an agricultural school. It was named after a former Prime Minister (William Massey) who passed away in 1925. They started accepting women in 1932, and in 1963, it split off from being part of the University of Auckland and became its own university. Since then, the population of the university has exploded and it has become a very popular educational institution, both for those who are from New Zealand and those who are coming from overseas.

The University of Auckland is located in Auckland, and is larger than any of the other university in the country. It is also ranked number 82 in the World University Rankings from QS, making it the highest ranked school in the country. It currently has six different campuses, and has over 40,000 students that attend the university every single year.

One unique thing about the University of Auckland is that it has over 50 programs that are known as conjoint programs. These degree programs are unique because they allow a student to earn multiple undergraduate degrees (usually in related disciplines) in less time than it would have taken if you tried to get both individually or if you took a “double major” at a different university.

This university was founded in May of 1883 as a part of the larger University of New Zealand, and was located in Auckland. The university stared with just a few degree programs and only 95 students. As time went on, enrollment continued to increase, most students attending the university were looking to become law clerks or educators. The research part of the university did not really expand until about halfway through the 20th century.

Now, the University of Auckland is one of the best known research universities in the world, with hundreds of well-known researchers in multiple fields graduating from the university every single year.

The University of Canterbury, usually called “Cant,” is the second-oldest university in all of New Zealand. It was founded in 1873 and is currently located in Ilam, which is a suburb of Christchurch. There are a number of degrees that they offer, from liberal arts to fine arts, forestry to health sciences and social sciences. Education is also incredibly popular at the University of Canterbury.

The University currently has over 16,000 students attending every single year, with about 12,500 in undergraduate studies and 3,500 in graduate studies. The campus is quite large, with over 190 acres of land that has many of the colleges and six halls of residence. Approximately 1800 students reside on campus every single year, and the six halls of residence have a number of different activities for students to enjoy, along with high-class facilities.

The University of Otago is the oldest university in New Zealand; it is located in Dunedin and has over 21,000 students enrolled in the university every single year. The research program is one of the best in the country, and has some of the best research staff in the country (only behind the University of Auckland). The University was started in July of 1871 and is known for its active and enjoyable student life, which offers attractive options for housing and a number of activities for students to enjoy and indulge in throughout the year. Otago is well-known because it was the first school in the country that actually allowed women to study to become lawyers, which was also well before many other countries allowed women to study any sort of

The University of Waikato, in Hamilton, was started in 1964 and was the only university that was not a break-off from the University of New Zealand. It currently has over 13,000 students enrolled in the university every single year. It started as a teacher’s college, and is still well known for its educational programs, even though since it became a university, it has expanded into a number of different educational fields and has provided a well-rounded education for a number of people. There are seven different schools, and is actually considered one of the top 500 universities in the world; it is also considered to be one of the top 50 “young” universities in the world.

The Victoria University of Wellington was started by the New Zealand Parliament in 1897 as a part of the University of New Zealand. It was (and still is) known for its degree programs in law, humanities, and life sciences. The Victoria University of Wellington is actually very unique, because it admits pretty much anyone that applies for the first year of general classes. When you are looking to apply for the second year in the more vigorous programs, you have to go through a special application process due to the restricted nature of these classes. It is actually considered the best research university in the country, and is 225th in the top 500 universities in the world.

As you would expect, the university is named after Queen Victoria. This is because it was opened during the year of the 60th anniversary of her coronation. It is currently located in Kelburn, in Wellington. There used to be another campus based in Palmerston North, but it merged with Massey College (as discussed above) in the mid 20th century. There are other campuses laocated in Te Aro, Pipitea, and Karori, all in Wellington. There are currently over 21,000 students that attend the university every year.

Did you get all of that? It’s a lot of information to soak in, but it’s good for you to know about each of the colleges so that you can make an informed decision that will benefit you in the long run. As you can see, we provided you with links to each of the different universities so that you can take a look at each of them on your own. Make sure that the university that you attend will meet all of your expectations and will help you achieve the goals that you are seeking to achieve during your studies in New Zealand. Good luck on applying (which we discuss more in our How to Apply section) and get ready for the adventure that waits for you when you decide to study in New Zealand.